Senior Sessions During May June 2022

The College Court will be unavailable during the majority of May and June due to Exams.

Senior Sessions will be reduced to one session per week which will be open for everyone within the Club - these will be held at Eastwood Leisure Centre, between 8-10pm

Dates for these sessions are:

All Sessions are on MCH. The addess of Eastwood Liesure Centre is  Albert Dr, Sheerwater, Woking GU21 5RF

Once the college reopens on the 27th, session will be back to normal (depending on numbers) 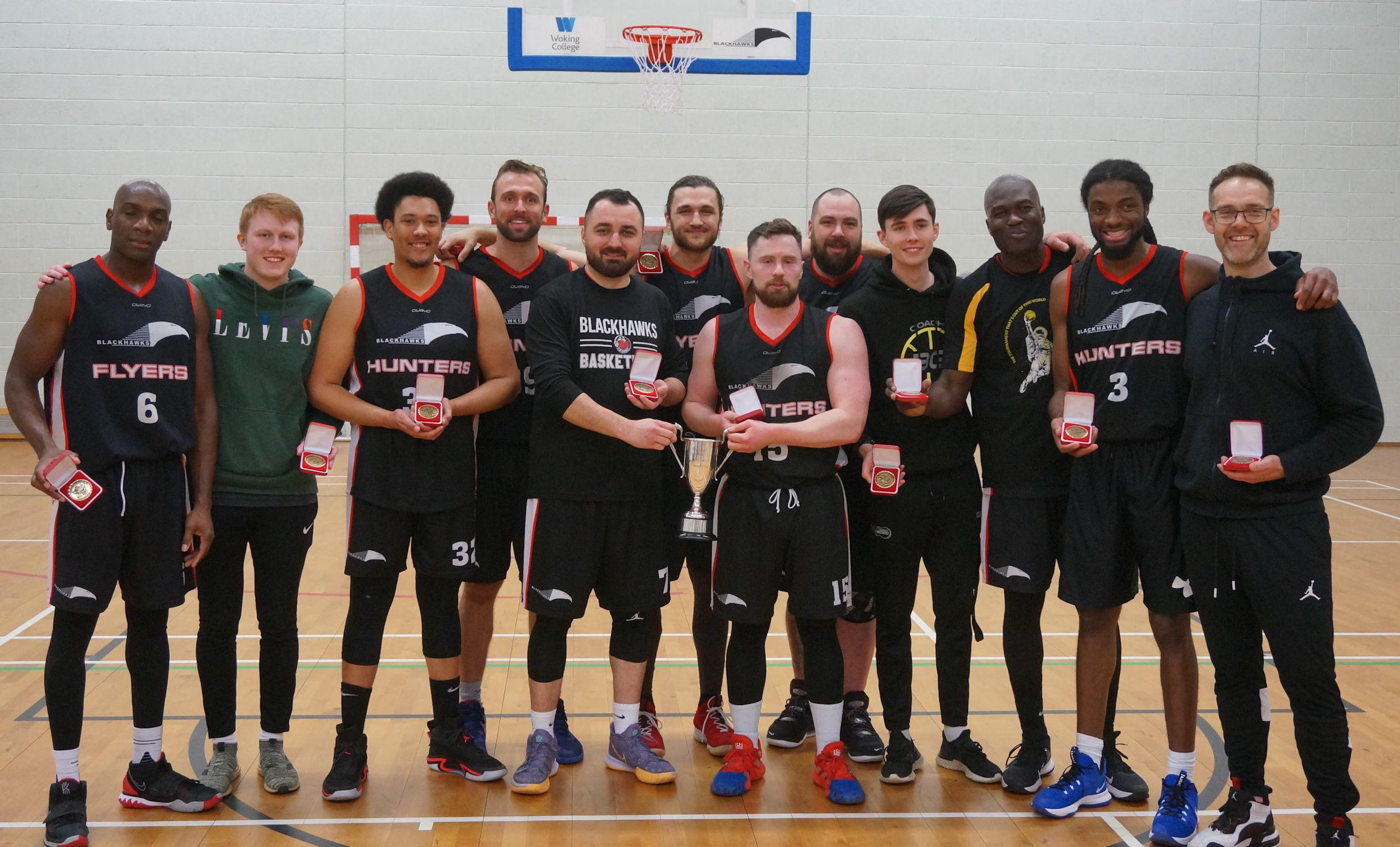 Blackhawks had two games left in the league but only needed the win against Yateley to take the league title.

In the first meeting, at the beginning of the season, Yateley took a comfortable 25 point win, that was the last game the Blackhawks had lost this season

Both squads had full benchesand for the first two quarters they traded baskets resulting in the Blackhawks having a marginal one point league at the half 31:30.

Blackhawks 2 win a hard fought game against short handed BC LT Utd to move up to 4th in the league. 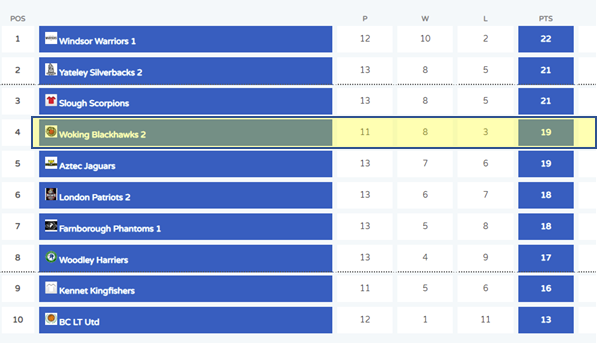 Shopping Online? Use the link below and Raise Funds for the Club